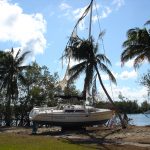 As mentioned in a prior blog post and The ParagraphFour Book, the Federal Trade Commission started a fresh attack on settlements in a Paragraph IV case, and the Fifth Circuit Court of Appeals was willing to oblige.

This attack involved a settlement that used a contingent payment. As I had reported, “the FTC challenged a settlement between Endo and IMPAX Labs over Opana ER(r)(oxymorphone). There was no reverse payment in this deal. Instead, the FTC focused on the ‘transfer of value.’ Endo agreed not to launch an authorized generic while IMPAX was on the market for its first 180 days.”

In addition, IMPAX agreed to a no-sooner-than launch date, and Endo agreed to a contingent payment to IMPAX — if it destroyed the Opana ER market. There was an additional separate development agreement where Endo agreed to make milestone payments to IMPAX to develop a new drug with the parties sharing profits if the drug made it to market. Last June, the FTC, in its own agency hearing, declared such an arrangement unlawful.

Last month, the 5th Circuit Court of Appeals affirmed that the arrangement was unlawful. IMPAX had received $102M in contingent payments which the Court of Appeals thought was just too much.

IMPAX presented three glaring facts: Endo removed the original and reformulated Opana ER products from the market, the IMPAX generic is the only product the market, and courts upheld later patents Endo obtained as being valid. In other words, Endo makes no money from this product although it has a strong set of patents.

The Court of Appeals brushed these things aside, noting that the strength of the underlying patents make no difference and that what actually happens in the marketplace is really irrelevant. The Court concluded that the important question is whether the settlement has the “potential for anticompetitive effects.”

Doesn’t everything have potential?

It appears that the Court of Appeals has offered up a pretty vague standard, hasn’t it? Don’t most things have potential (like a child, stock portfolio, or new pair of shoes)? Can’t anyone can sit around figuring ways to argue any PIV settlement has a potential to cause anticompetitive harm? “Gee, if this happens (regardless of how remote), then consumers are hurt.”

I doubt this case will end the court decisions, and they will likely be at odds with one another (as they did before). But in the meantime, best of luck to practitioners in drafting settlement agreements.