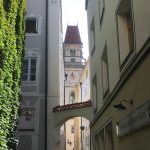 Last month, the Court of Appeals for the Federal Circuit dismissed an appeal in a case involving Janssen and Mylan. Janssen had filed PIV cases against Teva and Mylan involving the 9,439,906 patent covering Invega Sustenna®(paliperidone).

Mylan filed a Petition for Inter Partes Review challenging the validity of the same patent. The Patent Trial and Appeal Board, noting the fact that the District Court would likely decide the Teva case before the Board reached a decision, did not institute the IPR for review. The Board also noted many of the overlapping legal issues rendered an IPR proceeding unnecessarily duplicative.

The Writ of Mandamus, a narrow opening for review

However, Mylan also asked for a Writ of Mandamus, and the Court of Appeals agreed that the Court of Appeals can consider this remedy. Basically, mandamus relief is appropriate when other forms of relief (like a direct appeal) are no longer available. A party seeking relief is essentially asking a court to right a wrong, where the legal systems have failed.

The Court of Appeals disagreed. It concluded that Mylan could still assert its arguments and remedies in its own PIV case. Further, it had no right for the IPR petition to move forward as the Board has discretion not to hear a petition.