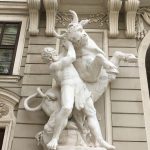 The Federal Trade Commission has resumed its attacks on PIV Settlements, claiming greater access to generic products for consumers. Considering the history and PIV data, these new and unfounded attacks likely serve to reduce the number of generics reaching the market.

The US Supreme Court issued FTC v. Actavis in 2013. (Summary of FTC v. Actavis) The Opinion should have been the final say of settlements of PIV cases. The Federal Trade Commission had tried for 15 years to establish its legal theory that presumes that a “reverse payment” in a settlement (where the brand/patent owner pays the ANDA filer to settle) violates antitrust law. That is, if there is a payment, the parties to the deal need to prove it is competitive and does not violate antitrust law.

The Court rejected the FTC position, adopting a “rule of reason.”  While a somewhat vague standard, it nonetheless sought to set boundaries to PIV settlements. Using common sense, the new rule allows a court to consider evidence like “large and unjustified” payments, “risk of significant anticompetitive effects,” and/or “market power derived from the patent.” Sort of, “if the settlement terms are out of line with the market circumstances, then antitrust law prohibits it.” The Supreme Court sent the case back to the district court to apply the new standard.

However, in a separate agency proceeding, the FTC challenged a settlement between Endo and IMPAX Labs over Opana ER(r)(oxymorphone). There was no reverse payment in this deal. Instead, the FTC focused on the “transfer of value.” Endo agreed not to launch an authorized generic while IMPAX was on the market for its first 180 days. In addition, IMPAX agreed to a no-sooner-than launch date, and Endo agreed to a contingent payment to IMPAX — if it destroyed the Opana ER market. There was an additional separate development agreement where Endo agreed to make milestone payments to IMPAX to develop a new drug with the parties sharing profits if the drug made it to market.

Last June, the FTC, in its own agency hearing, declared such an arrangement unlawful.  The FTC ordered the “no authorized generic” commitment and “any payment to the ANDA filer” were prohibited. Sound familiar? This is essentially the same legal rationale it used for 15 years and courts rejected time-and-time again. FTC clearly seeks to push the boundaries of the rule of reason. The ruling restricts the ability of IMPAX to settle future PIV cases for the next 20 years.

From this ruling, the FTC pays lip service to FTC v. Actavis yet ignores market realities. FTC argued that IMPAX “could have launched a generic before the agreed-upon (launch) date” if it weren’t for the settlement. Huh? This argument assumes that IMPAX is willing to launch at risk (while the court decision pends) or that the patent(s) in the PIV case are invalid or not infringed. If the case is not tried due to settlement, there is no determination about the patents. So, how do we conclude this?

IMPAX Labs has appealed this ruling.  Prior court decisions weigh heavily in favor of IMPAX.

Not Helping Consumers and One Final Irony

The FTC frequently boasts that attacking PIV settlements helps consumers. Does it?  Consider this one point. Actavis defended the FTC case, the one from the Supreme Court decision, for more than 10 years. Defending litigation for a decade is very draining.  Consider the legal fees and opportunity cost of the time, effort, and out-of-pocket costs. How many ANDAs did Actavis not file as it spent time and $$$ defending this case? Perhaps 2-3, maybe 4?  That figure represents generic drugs that did not make it to market. Multiply that number by the numerous cases FTC filed (and lost) against other ANDA filers. Is that helping consumers?

The FTC latest action suggests that PIV settlements, on almost any terms, be prohibited. It essentially demands the parties try their PIV case. How easy is it, then, to invalidate a patent? Not that easy. Patents are presumed valid.  Courts invalidate less than half . Fewer settlements will likely mean more cases tried and more patents upheld as valid. In turn, a valid patent means that consumers must wait for a new generic until after the patent expires.  Wouldn’t it be a better policy to encourage settlements and challenge the occasional settlement that is truly out of line?

And the one final irony. The Supreme Court sent the FTC v. Actavis case back to the district court for additional consideration using its new rule of reason standard. That was 2013. Six years later in early 2019, guess what? FTC settled its case. Of course, it stated its settlement was another win for consumers.