↓
Home→The PIV Blog→How many defenses should an ANDA filer try? 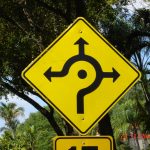 At ParagraphFour.com, I conduct quite a bit of original research and make it available to our subscribers. Sometimes, I place the findings in a research paper format and publish it on the site or in a journal.

For the ANDA filer’s attorney, this raises the question — just how many defenses should be raised? While there are fact patterns that limit the number of defenses available, often there may be several.  This leads to the strategic dilemma: is it better to assert the best defense (or 2) or raise as many defenses as possible in the hopes that the judge might latch onto one of them?

The data from the past four years offers some clues as to the more successful strategy. Taking all of the district court decisions from 2015-2019, the findings are:

These data suggest that raising the single best defense might be the best strategy. After all, over the past four years, ANDA filers won 38 of the 47 cases on a single defense (81%). Why would this be? Well, it’s hard to be certain, but here are two theories.

First, asserting the single best defense would have the effect of focusing the court on just that — the best defense. Witnesses, documents, and other evidence would serve a single purpose especially in complex set of facts and scientific data that are present in a PIV case. Other, weaker defenses would not present to detract or distract from the single best defense. In short, other evidence and legal arguments won’t cloud, water down, or confuse the best argument.

Second, it might just be possible that in those 15 cases where the judge ruled in favor of the ANDA filer on one defense but rejected the others raised, the ruling considered the appeal. The thought here is that the judge kept the ruling simple as to avoid possible reversal on appeal as the Court of Appeals would affirm a clearly correct ruling without considering other defenses. While certain  plausible, I am somewhat skeptical of this theory because the Court of Appeals considers many rulings de novo where it will consider the argument from scratch and not give any deference to the District Court decision.

More information about PIV case defenses will be available in future posts to the PIV Blog. However, subscribers can find the complete chart on PIV defenses in the PIV Research Papers which is in the PIV Library Forum.

Thanks for reading the PIV Blog which is copyrighted by Parry Ashford Inc. 2020. The contents of this particular blog are the quick summary of a research paper made available to subscribers of ParagraphFour.com. For more information about subscribing, please contact us at info@paragraphfour.com.