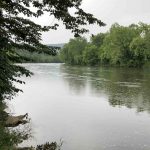 Once or twice a month, FDA issues a PIV List providing information for newly-filed, first-filed ANDAs. The June 13 List was rather remarkable – it contained 9 products, 8 of which represented ANDAs filed in April. This PIV activity has not been seen since 2014. Does the June 13 FDA List mark a turn in the PIV Market?

The Slow-down in The PIV Market

Over the past four years, the PIV Market has seen a slight downtick in terms of activity. Since 2017, there has been a steady decline in terms of ANDAs filed, PIV products, PIV cases and IPR proceedings. In contrast to 2014-2016 when activity rose at a blistering pace, the PIV Market has cooled off a bit. In prior blog posts, I opined that the PIV Market was correcting and its players were approaching the Market in a more selective manner. This may still be the case.

The June 13 List came as a bit of a surprise, listing 9 new products to the PIV List. The FDA has not issued that many products on its List since 2014. While some products on the List are familiar such as bupivicaine, four of them have molecules new to the PIV List. Moreover, another interesting observation is the fact that FDA all 9 products had only 1 ANDA filer, including an NCE-1 product. In prior years, you might have seen several ANDA filers on such a product. Again, this may be additional evidence that ANDA filers are being more selective in their filings.

We can legitimately view the June 13 List as a preview of future PIV activity. Most likely, the Market will see more ANDAs and PIV cases filed in 2022 than last year. Perhaps this trend will continue over the next several years, and the List provides a window into what may happen. However, the June 13 List is only one observation point, and we should treat it as such. It could simply be an anomaly or a blip in the Market, perhaps a reflection of the resumption of productivity after the slowdown due to Covid-19. As the cliche goes, only time will tell.