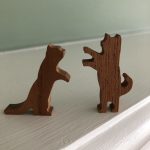 In June, the District Court in West Virginia issued its ruling. It found that several claims of the ‘514 patent are invalid for lack of written description which basically means that the patent language is too broad and vague. As such, the patent is invalid. The Delaware court has not yet issued its trial decision.

The patent holder Biogen claimed that the West Virginia case was “wrongly decided.” It stated that the Delaware judge should render a different decision and find the patent valid. To no surprise, the ANDA filers described the West Virginia opinion as “thorough and well-reasoned” and argued that collateral estoppel actually prevented the Delaware Court from issuing its own decision regarding the ‘514 patent and the lack of written description defense.

However, collateral estoppel is an important legal principle that has been around for centuries. The idea of it is simple: you get one chance to try your case. Collateral estoppel prevents a loser in a court case from trying the same case again in a different court. Of course, we’ll see how the Delaware District Court applies collateral estoppel to this situation. After all, this situation has a slight twist here – Biogen has already tried this case twice. It set a hearing on the issue for August 11.

These competing PIV cases are not unique. Three different district courts issued decisions in PIV cases involving Norvasc®(amlodipine). There have been others. In addition, there have  been several situations where PIV cases compete with decisions the Patent Trial and Appeal Board issue in Inter Partes Review proceedings. Mylan was involved in a prior IPR decision in this situation as well.

If you are wondering why Biogen sued Mylan in West Virginia and not in Delaware to avoid this pitfall, you can see why by reading this Quarterly Note (2Q 2018).