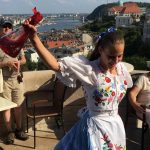 The Delaware District Court recently issued an award of $28.7M to Piramal, an ANDA filer over Sensipar®(cinacalcet). Back in 2018, Amgen filed a PIV case against Teva, Piramal, and Cipla. Before trial, Cipla settled. The Court concluded that neither Teva nor Piramal infringed one of the Sensipar patents.

Shortly after Amgen filed its appeal, Teva launched its product. Piramal and Cipla launched their products a couple of months later. The launches were “at-risk” because of the chance that the Court of Appeals might reverse, finding these products to be infringing. After putting some product into the market, Teva settled, and Piramal and Amgen consented to a Preliminary Injunction.

With the Preliminary Injunction, two things happened. First, Piramal withdrew its product from the market. Second, Amgen posted a $39M bond to cover any possible damages in case the Court of Appeals affirmed the finding of non-infringement. It did a year later — the Court of Appeals agreed with the decision of non-infringement. Piramal went back to the Delaware District Court, seeking damages.

Under the rules regarding injunctions and collecting against a bond, Piramal had to show that it was damaged by removing its product from the market. If it weren’t for the injunction (“but for” the injunction), it would have made a certain dollar amount. As this moves the Court into the land of make-believe, it had to consider what would have happened if the injunction had not been entered.

The Court noted that the damages did not have to be a mathematical certainty, but instead that Piramal could establish a reasonable certainty to the damages, must be proximately caused by the injunction, and that these were not speculative. Also, the amount Piramal requested had to be less than the amount of the bond. These guidelines make sense because the Court is considering how events could have unfolded.

Piramal established that it would have sold 69,144 bottles of its cinacalcet product to a direct purchaser Fresenius Medical Care, amounting to $28.7M. The Court found that Piramal would have sold the bottles to Fresenius given its price and other market dynamics with the other two market players Teva and Cipla. It also awarded interest.

However, the Delaware Court denied its request for an additional $8.5M in lost sales to CVS, a large retail pharmacy.  The Court concluded that CVS was simply purchasing the lowest priced generic, whether purchased directly or through a wholesaler. While it did buy the Piramal drug for some period of time, another drug lowered its price to be the lowest cost favorite of CVS.