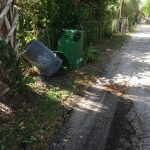 A recent U.S. Supreme Court decision brought an end to legal strategy involving Allergan and its product Restasis®(cyclosporine). The strategy appears to have been borne out of the frustration that pharmaceutical competition can bring and leaves us with a perception that is not so positive, to put it mildly.

Like most industries, the pharmaceutical business is highly competitive from both the brand and generic points of view, each with its own unique sets of challenges. Pressure to compete and perform is tremendous. Meeting company stock expectations, sales targets, and individual performance measures can place a great deal of pressure on those working in any industry which can lead to competitive behavior which is not always pretty to see.

I have mentioned this case in the past in my Quarterly Notes at ParagraphFour.com, and that is of the competitive behavior of Allergan. Allergan was doing well with its product Restasis®(cyclosporine), enjoying revenues of about $1B per year.  At about the time, ANDA filers filed PIV certifications and a bunch of Inter Partes Review proceedings.1

After trial was completed in the Texas Eastern District Court — but before the judge made his ruling and while several IPR’s were pending — Allergan transferred its patent rights to an Indian Tribe called Saint Regis Mohawk Tribe. It’s not like the Tribe was going to start manufacturing and distributing Restasis. On the contrary, it licensed the product back to Allergan while taking a royalty.

Allergan then asked that the Tribe be made a party to all of the proceedings, and if so, argued the proceedings could not continue as the Tribe enjoys sovereign immunity, that is, cannot be pursued in either venue and thus end the PIV case and IPR proceedings. If successful, the result would be clear: its patents could not be terminated before their expiration dates as the Tribe would really own them.

While some may consider this “clever lawyering,” it just doesn’t sit well with most fair-minded people including Judge Bryson in Texas. While allowing the Tribe to participate in the case, he expressed “serious concerns” about the “legitimacy of the tactic.” He later invalidated four of the Restasis patents.

Meanwhile, the USPTO Patent Trial and Appeal Board ruled that the transfer of patent rights did not terminate the IPR proceedings. Allergan appealed both decisions, and the Court of Appeals agreed that the patents were invalid and that the transfer did not end the IPR proceedings.2 The U.S. Supreme Court denied Allergan’s attempt to appeal these decisions. Thus, for now at least, the tactic of transferring patent rights to an Indian Tribe failed.

But the perception remains, and it’s not a pretty one. Again, one could pass this competitive behavior off as “aggressive” or even “clever,” but I doubt most reasonable people would agree. Patents provide marketplace exclusivity to its holder for a time period. The validity can be challenged. Here, a District Court ruled that four patents were obvious. This begs the question of how much faith did Allergan have in their patents, especially after trial? Were they doubtful before assigning patent rights? Of course, I do not know, but this behavior just doesn’t look good.