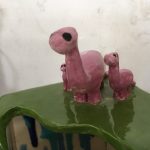 The first 6 years of IPR filings ended September 30, 2018. After the USPTO implemented the IPR process,  it took a couple of years before ANDA filers started adopting petitions for Inter Partes Review, an alternative forum to litigating a Hatch-Waxman PIV case in district court.

In 2013, only 10 petitions were filed on patents listed in the Orange Book and associated with a Paragraph IV filing. However, ANDA filers took notice of the IPR process and started filing more petitions, peaking to 130 petitions in 2015.

But what happened? In the past two years, the number of petitions filed has dropped dramatically. Last year represented a 52% decline in filings from the peak year of 2015. Thus far, through the first  nine months of 2019, the petitions filed are on pace to be less than 50 and maybe even fewer than that. Where have they all gone?

There could be a few reasons, but, first consider the simple explanation:

While this sounds plausible, the data just don’t support this rationale. The number of PIV cases and ANDA’s filed with PIV certifications has fluctuated over the years. However, they have not declined, certainly not at any rate similar to the drop in IPR’s. The chart below is instructive: 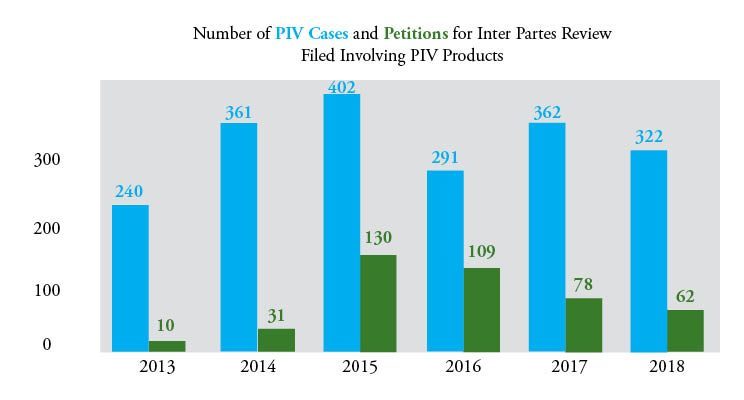 An IPR petition runs in parallel to a PIV case. The only thing tying them together is the fact that there is a PIV product with patents. Otherwise, they are independent of one another. Just because a Hatch-Waxman case got filed, doesn’t mean an IPR petition will.

While this sounds counter-intuitive, this is actually true. As we know, the Court of Appeals (and Supreme Court) upheld a different legal standard for the two forums.

A Petitioner in an IPR proceeding has to establish the patent claims are obvious by a “preponderance of the evidence.” The standard in a Hatch-Waxman PIV case is “clear and convincing evidence.”  This makes the IPR attractive, but, even with the lower legal hurdle, the data show that ANDA filers fare better in a PIV case.

Over the past 6 years , a total of 420 IPR’s have been filed over Orange Book patents for a product that has received a PIV certification. Of these, the Board has issued an initial decision (whether to institute) in 348 of them.

The Board has denied institution for 1 out of every 3 filed – that is, 33% of petitions fail at the institution step. Of the remaining petitions that make it to a Board trial, only 46% of them prevail in invalidating patent claims (or, as the Board rules the claims, “unpatentable.”)

As soon as the Board denies institution, you can expect the brand company’s attorney will send that decision to the judge in its parallel PIV case as persuasive evidence that the patent is valid. While not binding,  a federal judge won’t likely be impressed with an ANDA’s legal argument when it failed at the USPTO on a lower proof standard. This undoubtedly negatively impacts the ANDA filer’s PIV case.

Accounting for final outcomes, the numbers are striking. For the PIV case, about half of them settle, and of the cases tried, ANDA filers win about 45% of them. Settlements typically mean that the brand company gives up patent term. When we couple settlements and ANDA court victories, that means 75% of brand products won’t make it to patent term.

For some reason, fewer IPR proceedings settle (about 35%). When you start connecting outcomes – keeping in mind 1/3 of petitions don’t even make it to trial – the ANDA filer is successful in reducing patent term in an IPR proceeding only 47% of the time.

”ANDA filers have to file their ANDA’s anyway”

The data show that an ANDA filer fares better in a PIV case than an IPR proceeding. The fact that the number of filings has declined suggests that ANDA filers have experienced this result and perhaps have reacted. Nonetheless, an IPR proceeding does not eliminate the need to file the ANDA along with its PIV certification.

So, it is entirely plausible that an ANDA filer may figure that it needs to file the ANDA anyway, likely get sued, and fight a PIV case in district court. So, why take the risk of having the IPR not get instituted or lose after a Board trial?

As a practitioner knows, a great deal of subjective opinion and personal experience can influence decision-making. It is also plausible that an ANDA attorney may prefer a federal court given the factors present in its ANDA defense.

As the IPR process limits legal arguments and evidence, the ANDA attorney may feel its chances are better with a full presentation of a variety of legal arguments in front of one decision-maker (the judge) instead of three (IPR panel). If so, there may be little reason to have the case compromised in an IPR proceeding with a bad outcome.

Thanks for reading the PIV Blog which is copyrighted by Parry Ashford Inc. 2019. The contents of this particular blog are the quick summary of a research paper made available to subscribers of ParagraphFour.com. For more information about subscribing, please contact us at info@paragraphfour.com.